by Paul Curnow (BEd)
Aboriginal Australians have been viewing the night skies of Australia for some 45,000 years and possibly much longer. During this time they have been able to develop a complex knowledge of the night sky, the terrestrial environment in addition to seasonal changes. However, few of us in contemporary society have an in-depth knowledge of the nightly waltz of stars above.
Much of the vast wealth of stellar knowledge accumulated by Indigenous Australians over tens of thousands of years, has now sadly been lost to antiquity.  Nevertheless, because of the thoughtfulness of a small number of individuals and the ongoing oral tradition of many Aboriginal Australians, some of this knowledge has been preserved.
Before we venture into the stellar realm of one such group, it must be noted that before the European occupation of Australia began in 1788, there were several hundred distinct Aboriginal languages in Australia.  Accordingly, along with language diversity between groups, other aspects of cultural diversity such as astronomy can vary widely.
The Adnyamathanha Peoples (sometimes spelt Anyamatana) come from the Flinders Ranges region of South Australia (image below). The Flinders Ranges is located approximately 480 kilometres north of Adelaide. These ranges extend for some 420 km and are named after the British explorer Matthew Flinders, who sighted them during his mapping of the Australian coastline in 1802. 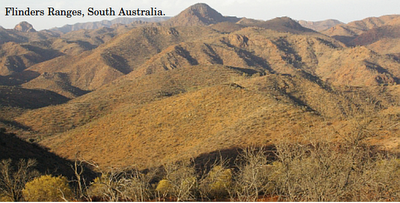 The Flinders Ranges is a timeless place of solitude as well as being the site of the incredible Ediacaran Fossil finds and, thus, a geological wonderland.  When the great civilizations of Babylon, Ancient Egypt and classical Rome were flourishing, the Aboriginal Peoples of the Flinders had already lived in, hunted, and roamed the area for thousands of years.  Over time, the various groups who now make up the Adnyamathanha Peoples developed a close relationship with the natural world through their ‘Dreaming’.
The name Adnyamathanha means ‘rock people’ or ‘hill people’, and contemporary Adnyamathanha are made up of a confederacy of the Kuyani, Ngudlawara, Walypi, Yadlhiauda and Barngarla Peoples (sometimes spelt Pangkala).  Much of what we know about their view of the celestial ballet of stars has been passed down through Adnyamathanha Elders the extensive work of Charles Percy Mountford (1890-1976).
Mountford (below) was born in Hallett, South Australia and was an anthropologist who first joined the Anthropological Society of South Australia in 1926, shortly after the passing of his beloved wife in 1925.  He worked with many Aboriginal Cultures in remote areas of Australia during his extensive career.  Furthermore, many agree that Charles Mountford collated an unmatched ethnographic record of the Adnyamathanha Peoples, which included many of their beliefs relating to the nightly movement of stars above. 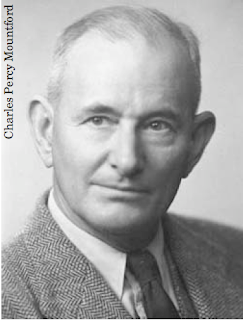 In the magnificent sky world of the Adnyamathanha there are many ancestral beings.  For example, the Adnyamathanha believe that there are two women in the sky called the Maudlangami (ngami means ‘mother’), whose breasts the spirit children originate from to later become the future children of the group.
Interestingly, this is not the only celestial mammary narrative.  The Ancient Greeks have an account of how the Milky Way came into existence that involves the same pieces of female anatomy.  They believed that the goddess Hera had squirted breast milk across the heavens to create the Milky Way - the name we give our galaxy to this day.
The Adnyamathanha also believe that there are two men in the sky known as the Wundukara, who have long beards that they can release down to the ground. Only a small group of ‘wise men’ in the Adnyamathanha are believed to be able to communicate with and see the Wundukara.  Unfortunately, it was never recorded whether the Wundukara correspond with a visible celestial object or objects.
Continued next week...
Posted by Indigenous Astronomy Blog at 9:25 PM