Venus and the Morning Star Ceremony


The planet Venus, named after the Roman goddess of beauty, is one of the brightest objects in the night sky and can even be seen during the day.  Because its orbit is closer to the sun than ours, it never steers far from the sun.  For example you will never see Venus and the sun on opposite sides of the sky.  It is commonly called the morning or evening star, as it occasionally appears as a bright “star” in the dawn or dusk skies.  In fact, it is so bright, that it is commonly mistaken for a UFO!  The brightness is caused by thick clouds that cover the planet (Figure 1), reflecting much of the incoming sunlight back into space.  Because of its brilliance and wandering nature (remember the word "planet" means “wandering star”), it is a universal feature in Aboriginal cultures across Australia. 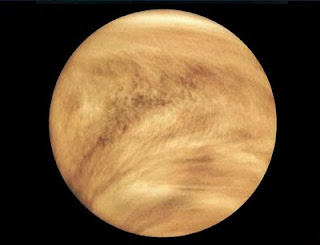 Figure 1:   Venus from a passing space probe, showing the thick layers of dense carbon-dioxide atmosphere.  Image from Proportional Planets.
Yolngu people of Elcho Island in northeastern Arnhem Land in the Northern Territory (Figure 2) call the planet Venus "Banumbirr", and tell how she came across the sea from the east in the Dreaming, naming and creating animals and lands as she crossed the shoreline, and continued traveling westwards across the country, leaving as her legacy one of the ''songlines'' which are important in Aboriginal cultures. 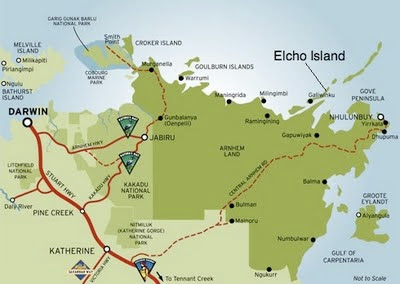 Figure 2: Arnhem Land in the Northern Territory, showing Elcho Island.  Image from TravelNT.
In an important and beautiful "Morning Star Ceremony", earthly Yolngu people communicate with their ancestors living on Baralku, the island of the dead, with the help of Banumbirr together with a "Morning Star Pole" (Figure 3). The ceremony starts at dusk and continues through the night, reaching a climax when Banumbirr rises a few hours before dawn. She is said to trail a faint rope behind her along which messages are sent, and which prevents her from ever moving away from the Sun. This faint line in the sky is probably zodiacal light, which is caused by extraterrestrial dust in the plane of the solar system. Although difficult to see for most of us in our polluted skies, it is easily visible in the clear dark skies and low latitude of Arnhem Land.

Figure 3: A morning star pole, made by Yolngu artist Richard Garrawurra, from Elcho Island. The tuft of Magpie-goose feathers at the top represents Banumbirr, and also represents a water lily. The patterns are traditional clan designs. The other tufts of feathers on pandanus strings represent other stars, and other clans.  Image from our website.
The Morning Star ceremony tells us two important things. One  is that Yolngu people had already observed that Venus never strays far from the Sun, which they explain in terms of the rope binding the two bodies together - a bond that Isaac Newton called "gravity". The other is that the Morning-Star ceremony has to be planned well in advance, since Venus rises a few hours before dawn only at certain times of the year, which vary from year to year.  So the Yolngu people also track the complex motion of Venus well enough to predict when to hold the Morning Star Ceremony.
View a video regarding Morning Star Stories featuring a Marrangu song and dance from Central Arnhem Land:

We respectfully acknowledge the Yolngu people and other Aboriginal nations of Arnhem Land.
Posted by Indigenous Astronomy Blog at 5:35 PM