By Duane Hamacher
Exceptionally massive stars live fast and die young.  Their enormous furnaces fuse matter at a fantastically high rate, giving them relatively young lives (astronomically speaking).  Our sun will maintain a fairly "average" life-span of 10 billion years before going through its death throes as a red giant, eventually expanding and puffing its outer layers into space as the central core slowly fades away.  However, stars with several times the mass of our sun will live short lives, some as little as 10 million years (a thousand times younger than our sun).  However, their lives will not end in a puff, but with a cataclysmic explosion.  This event, called a supernova, will release a tremendous amount of energy, making the star brighter than the entire galaxy for a brief time period before it fades over the course of weeks to months, leaving a shell of debris that expands into interstellar space, known as a supernova-remnant (see Figure 1).  These events are fairly rare, with only one occurring every 50 years in our galaxy (with a stellar population of over 200 billion). 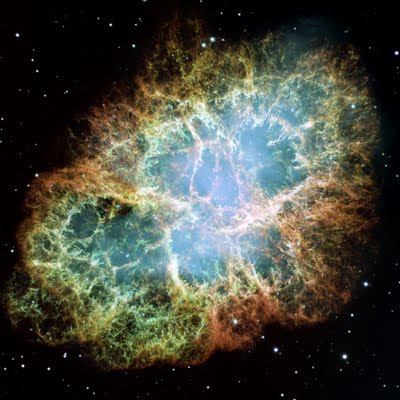 Figure 1: The Crab Nebulae, a remnant shell of the 1054 AD supernova in the constellation Taurus.
From the vantage point of earth, a few of these events have been visible to the naked eye during human history and it is one of the proverbial 'Holy Grails' of Cultural Astronomy to find a conclusive account of one.  The 1054 supernova that produced the above nebula was witnessed and recorded by Chinese and Arab astronomers, although many other proposed, and subsequently discredited, accounts of this event have been promoted.  It has been suggested that Native Americans had recorded this event in rock paintings in Chaco Canyon, New Mexico, although there is no hard evidence that the painting represents this event. 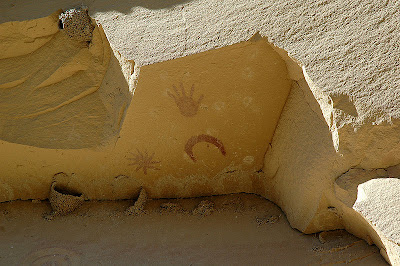 Figure 2: A pictogram at Chaco Canyon, New Mexico that some researchers speculate represents the 1054 supernova.
In Australia, we are carefully searching for accounts of supernovae in oral traditions and artistic forms.  Not surprisingly, this is an extremely difficult task, as not only do tens-of-thousands of oral traditions exist, but many are fairly ambiguous in their description, making a direct link to particular events substantially problematic.  David Frew and myself were able to show, in 2010, that the Great Eruption of Eta Carinae (supernova-impostor event) was recorded by the Boorong clan of the Wergaia language group in northwestern Victoria in 1843.  However, there are some accounts that seem to indicate the arrival of "guest stars".
One story that may describe a supernovae was published in 1973, entitled "Fisherman Brothers".  This is a story of two brothers (Nuruguya-mirri and Napiranbiru) that became stars.  The brothers were fishing in a canoe when a storm hit, capsizing their boat.  The elder brother was stronger and helped his younger brother reach the shore, giving his life in return.  To honour the courage of the older brother, the community held a ceremony and a bright new star shone in the sky.  The two brothers are now two bright stars close together in the bank of the sky-river (Milky Way, called Milnguya).
The story claims that we can still see the two bright stars and a faint star today.  While the names of the stars represented by the brothers are not given, it is possible that they are the pointers (Alpha and Beta Centauri), as they are the brightest and most obvious stars in the Milky Way.  If this is the case, the “bright new star” may be the SN 185 (Figure 3), which occurred close to Alpha Centauri and was visible for eight months in 185 CE, reaching a peak visual magnitude of 3.0 to 4.0.  This SN was recorded by Chinese astronomers and may have been recorded in Roman literature.  However, the star is now invisible to the naked eye and this supernova would not have been particularly bright to the naked eye.  However, other bright pairs of stars in the Milky Way are prominent in Aboriginal traditions, such as Shaula and Lesath in Scorpius, leading to other possibilities.  Unfortunately, we could not say for any certainty if this even described a supernova, much less which one it was! 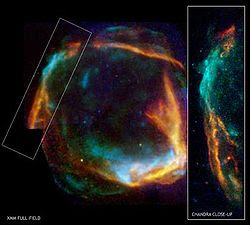 Figure 3: An X-Ray image of SN 185, which may be responsible for the "guest star" described in the "Fisherman Brothers" story.  Image from NASA.
A second story, entitled "The Beginning Island" that was recorded in the 1830s, describes the formation of Tasmania.  When the sun (Parnuen) and his lunar wife (Vena) came into being, they dropped seashells to the small island (Troweena, which became Tasmania).  Their first child (Moinee), a strong, shining baby was born on that day.  His parents placed him high above the icy lands to the south of the island, becoming the “Great South Star”.  The next day, the sun and Vena had another child (Dromerdene), which they placed in the sky midway between themselves and Moinee.  The next day, twins (Beegerer and Piminer) were born, who became Sirius and Betelgeuse.  Moinee was angry from his loneliness in the south, so his parents sent two spirits (Une, lightning and Bura, thunder) to live with him above the Great South Land.  At the time, icebergs floated around the island.  Sometimes, Vena would set over an iceberg.  One day, an iceberg melted and she sank, and is only visible now at night as the moon.  The sun, in his anger, melted all the icebergs and gave the island to his son, Moinee, who has watched over it since.
This story is fairly ambiguous and attempts at trying to identify the star are problematic: the 'Great Southern Star' may be a reference to an unknown SN, or it may represent a star from a time when the earth's precession would have moved the positions of the stars in such a way that one of the brighter stars in the sky would have been nearer to the south celestial pole.  For example, 6000 years ago, the bright star Achernar would have appeared close (within 8 degrees) to the south celestial pole (Figure 4).

Figure 4: Precession of the Equinox as seen from 10,000 BCE to 14,000 CE.  Approximately 6,000 years ago, the bright star Achernar was very close to the south celestial pole and may represent the "Bright South Star" described in "The Beginning Island" Dreaming.  Image from Wiki.
Over human history, approximately 12-13 supernovae have been visible: 8 of which have occurred in the last 100 years, with another 4 or 5 probable events and many more unconfirmed candidates.  While this list does not include novae or bright, non-supernovae variable stars, we expect to find accounts of at least some of these events in oral traditions... and the search continues.
Posted by Indigenous Astronomy Blog at 4:44 PM