Imagine sitting under the stars in the dry Mallee country of northwestern Victoria in the 1840s with two Aboriginal men explaining their oral traditions of the sky.  No light pollution, no airplanes, no mobile phones, no cars… just peace, serenity, and the light of millions of stars shining above.
This is exactly what William Edward Stanbridge (Figure 1) experienced when two men of the Boorong clan (of the Wergaia language group, claiming to have the best knowledge of astronomy of all  Aboriginal groups in that region) taught him their star lore, reciting the stories as they pointed out the stars overhead.  Stanbridge, an educated and wealthy British colonist, sat attentively, writing down the Boorong stars and their equivalent Western names using a star atlas.  Berm-berm-gle… Alpha Centauri.  Djuit… Antares.  War… Canopus.  When the men pointed to Collowgullouric War (the wife of War, the Crow, pronounced “Wahh”), he could not identify the bright star.  Using his chart, he simply writes “Large red star in Robur Carol, marked 966.  All the small stars around her are her children”, and continued to record the remaining stars (see Figure 2). 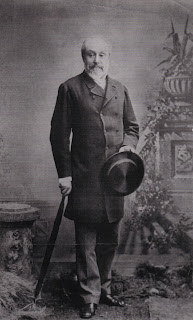 Figure 1: One of the few extant photos of William Edward Stanbridge, probably ca. 1880s.
Stanbridge read his 4-page paper on Boorong astronomy before the Philosophical Institute of Victoria in Melbourne on September 30th, 1857.  Unfortunately, the institute’s office burned down a couple years later, so Stanbridge wrote a lengthier version including more non-astronomical information in 1861.  His work was re-analysed in 1881 by Peter MacPherson, then again in 1996 by John Morieson, who completed an MA thesis on Boorong astronomy at the University of Melbourne.

Figure 2: An excerpt from Stanbridge's paper, describing Collowgullouric War.
For nearly 150 years, the identification of Collowgullouric War remained a mystery.  In 2011, Dr David Frew and myself published a paper in the Journal of Astronomical History & Heritage where we identified that particular star.  This was no ordinary star... it is one of the most massive stars known, called Eta Carinae.  This enigmatic star is actually a binary, has a combined mass of more than 100 suns, and is 4 million times more luminous than our little home star.  The larger star of Eta Car is unstable and undergoes occasional violent outbursts, where it sheds material from its outer shells, making it exceptionally bright.  During the 1840s, Eta Car went through such an outburst where it shed 20 solar masses of its outer shell and became the second brightest star in the night sky, after Sirius, before fading from view a few years later.  This event, commonly called a “supernova-impostor” event, has been deemed the “Great Eruption of Eta Carinae”.  The remnant of this explosion is evident by the Homunculus Nebulae (Figure 3).  This identification shows that the Boorong had noted the sudden brightness of this star and incorporated it into their oral traditions. 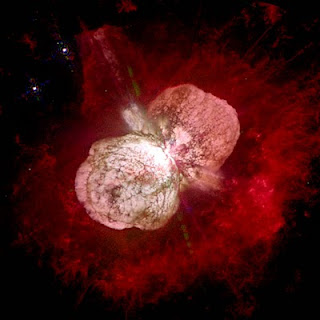 Figure 3:  The Homunculus Nebulae, the debris ejected from Eta Carinae during the Great Outburst in the 1840s.
Of course, you may be asking, “Well, how do you know that?”  The answer is in Stanbridge’s identification.  During the early 1840s, when Eta went through its great outburst and the time that Stanbridge was learning firsthand about Boorong astronomy, it was one of the brightest stars in the night sky (“large star”), it had a reddish colour, was located in the now-defunct constellation of Robur Carol (which was later part of Argo Navis, now divided into several constellations such as Carinae, Vela, Crux. Etc.).  Star charts from the period refereed to the Carinae Nebula (surrounding Eta Carina) as '966'.  Eta Carinae itself was designated '968', but was labelled as a 4th magnitude star.  This was probably a simple transcription error by Stanbridge, who did not recognise the bright star where his star charts claimed was a fairly mundane 4th magnitude star (Figure 4).  Finally, this region of the sky is rich in 4th and 5th magnitude stars, which would have been the "small" stars representing the children of the female Crow.

Figure 4: Star charts showing the the Carinae Nebula (966 Argus) and Eta Carinae (968 Argus), denoted by red arrows.
So what we have is the first and only confirmed global indigenous record of this “supernova-impostor” event found to date.  Because it was incorporated into Boorong oral traditions, it shows that these traditions are dynamic, and not static as many people commonly think.  Does this mean that the Crow had no wife prior to this event?  We're pretty sure he did, but it was probably not Eta Carinae.  As we find in Stanbridge’s paper, Boorong celestial deities and their spouses are associated with stars or objects of similar magnitude in the same region of the sky.  Canopus and Eta Carinae were two of the brightest stars in the sky during the 1840s.  Why would the Crow’s spouse have been associated with an inconspicuous faint star?  We don’t think it would have been, but we can’t say for sure which star was Collowgullouric War before Eta’s eruption.
Details of this discovery can be found in our paper below:


We respectfully acknowledge the Wergaia people and Boorong descendents, both past and present.
Posted by Indigenous Astronomy Blog at 5:30 PM