On the morning of Thursday, June 16th, Australians will be blessed with a total lunar eclipse in the western sky before dawn. A lunar eclipse occurs when the moon is at opposition to the sun and passes through the earth's shadow. Because of this, a lunar eclipse will always happen during a full moon. On the morning of the 16th, the moon will begin moving into the earth's shadow at 03:25 AM (Australian EST) in the constellation Ophiuchus. It will reach totality (full eclipse) at 06:13 and will set below the horizon while still in eclipse. 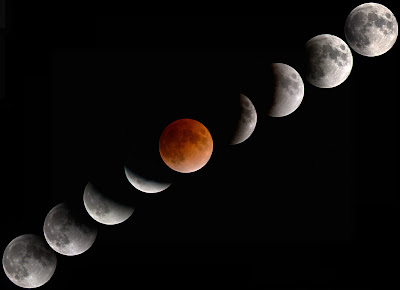 Figure 2: The phases of a lunar eclipse.

An Aboriginal informant from Beagle Bay, Western Australia told a woman that a lunar eclipse was an omen of death to a man. If the Moon is hungry and ''wants to eat someone (a man)'', it becomes dark. But women need not fear... the moon-man ''is uninterested in eating a woman''.

Although some Aboriginal groups viewed lunar eclipses as bad omens, Aboriginal people near Ooldea, South Australia called the lunar eclipse that occurred on on 28 December 1917 pira korari and were unafraid of it. The men present explained that they had witnessed one at Wynbring after colonists had built the Transcontinental Railway and paid little attention to it. In that year (as is typically the case), three total lunar eclipses were visible: 8 January, 5 July, and 28 December.

In hunter-gather societies, the sharing of food was essential for the survival of the community, and stealing or hoarding food was taboo. The Lardil of Mornington Island viewed the Moon as a greedy and selfish man who steals food and gorges, getting fatter and fatter (waxing Moon). As punishment for this action, he is cut into pieces, getting thinner (waning Moon) until he dies (new moon). The new moon, along with the sudden and apparent 'death' of the Moon during a lunar eclipse, served as a warning to younger generations about the Moon's selfish nature, reinforcing the taboo of food theft and gluttony.

Figure 2: The phases of the moon as seen from the Southern Hemisphere.

In Euahlayi traditions, the Moon-man is constantly pursued by the Sun-woman and manages to avoid her advances most of the time. However, he is occasionally overtaken by the Sun-woman, signified by a lunar eclipse. The Arrernte believed a lunar eclipse was the result of the Moon man hiding his face behind the possum fur that he is constantly spinning, which is identical to the Luritja view of a solar eclipse. Aboriginal groups in the southwest region of Western Australia believe a lunar eclipse is caused by spirits, called mulgarguttuk, placing their cloaks or a mountain over the Moon. The Kayardild of Bentinck Island in the southern Gulf of Carpentaria believed the Moon-man used a net (halo of the Moon) to collect the souls of the recently deceased during a lunar eclipse, which they called jawaaja. As the net filled, the Moon-man would disappear, as if he himself had died, which prompted the people to hide under fig trees, fearful that the Moon would kill them. If the people did not seek shelter, they would be struck with jiljawatha, a sickness that caused the person to be covered in sores.

During a total lunar eclipse, the moon will become almost black before during a reddish colour. Because the light is being refracted by the earth's thick atmosphere, the longer wavelengths of light dominate, giving the moon a reddish hue. This phenomenon is noted by some Aboriginal groups, including the Aboriginal people of the Clarence River, New South Wales, who thought a lunar eclipse revealed the Moon-man's blood and the Kurnai people of Victoria who believed a red Moon signified that someone had been killed. The Lardil of Mornington Island believe the Moon man's blood is visible during a total lunar eclipse. As the moon turned red, people though he was being killed, prompting people to shout out ''…don’t kill him!" In Luritja traditions, the Moon sometimes goes into the graves of the recently dead and eats the entrails of the bodies. He then emerges into the sky, blood red in colour, so everyone can see what he has done. While this may also describe a reddish-coloured moon that is simply low on the horizon (where longer wavelengths of light dominate), it also would refer to a lunar eclipse at totality. 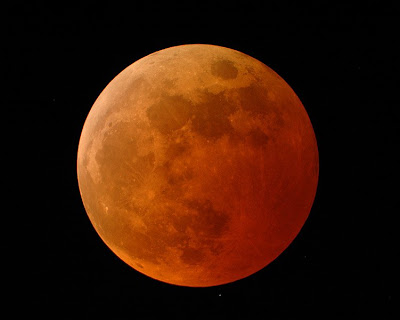 Figure 3: The blood-red colour of the moon during totality. Image by Doug Murray.

In Ungarinyin culture of Western Australia an unfriendly medicine man causes the face of the Moon to be covered with blood, which greatly frightens the people (the author is unclear how this is done, but is presumably by some magical means). A friendly medicine man then ascends into the sky during a dream. Upon his return, he informs the people that he made the Moon better.

So as you look up at the moon in the early morning sky, imagine how you would feel if this were the first time you had witnessed this event... and did not know about it in advance! I imagine it would be an amazing and somewhat frightening experience. But if you miss it, don't fret... we'll get another one on December 10th!