Meteors, Meteorites, and Cosmology in Aboriginal Cultures of Central Australia

by Duane Hamacher
["Impact Craters in Aboriginal Cultures, Part 3: Wolfe Creek" will be the subject of a future post by John Goldsmith, who recently visited the site and spoke with Aboriginal Elders]

When you see a flash of light streaking across the sky, you are witnessing the destruction of a piece of cosmic debris as it vaporizes in the atmosphere.  While typically called “falling” or “shooting” stars, they are actually bits of dust or debris no bigger than a grain of sand.  Larger chunks of debris, say the size of your hand, create a brilliant light that streaks across the sky, called fireballs.  When in space, the chunk of debris is called a meteoroid, which travels at speeds ranging from 20-70 km per second.  When it enters the earth’s atmosphere, we call it a meteor.  If it survives its trip to the ground, we call it a meteorite.  Most meteors are fragments of celestial bodies that have collided (such as asteroids), or debris from comets as they pass close to the sun and are vaporized by solar wind.  As the earth passes through these dust streams, we see a meteor shower. 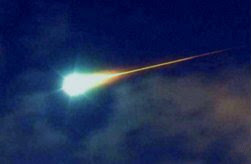 Figure 1: A bright meteor, called a fireball.  Image by Thomas Grau.
In the oral traditions of Aboriginal Australians, meteors and meteorites are prominent. In general, meteors are associated with serpents, evil magic, omens of death, and punishment for breaking laws and traditions.  For example, in Central Australia, a meteor was an omen that the spirit of someone that had died far away was returning home.  Meteors were believed to contain an evil magic called Arungquilta, which was harnessed in ceremonies to inflict harm or death upon someone that broke a taboo, such as infidelity. Arungquilta could also be found in toadstools and mushrooms, which were believed to be fallen stars, and their consumption was forbidden.  Such a taboo may have developed from the consumption of poisonous fungi that are found in the region.
Meteors also were a component of particular ceremonies.  Two Arrernte rituals were performed to cause death using magical means. One ritual involved chanting a spell over a bone or stick and throwing the stick as far as possible in the direction of the intended victim. Afterwards, if the individual performing the spell saw a meteor, it was believed to represent the spirit of the person they had killed. The second ritual, a small spear-like device designed to punish a man for stealing another man's wife. The spear, endowed with Arungquilta, was thrown in the direction of the offending man's home. The evil spirit within the spear would locate the law-breaker and kill him. This form of Arungquilta was seen "streaking across the sky like a ball of fire". The men conducting the ritual would wait until a "thunderous boom" was heard, which signified that the spear had struck and killed the man. Another form of Arungquilta was used to punish unfaithful wives. This particular ceremony involved drawing a pictogram (Figure 2) in the dirt in a secluded area while a group of men (generally relatives of the husband) chanted a particular song. A piece of bark, representing the woman's spirit, was impaled with a series of small spears and flung in the direction they believed the woman to be, which would appear in the sky as a comet.

Figure 2: A drawing representing a woman lying on her back, where (a) represents her head, (b) her eyes, (c) her arms, and (d) her legs. The asterix indicates where the piece of bark is placed, representing the woman's spirit.
The Arungquilta would find the woman and deprive her of her fat. After a time, the emaciated woman would die and her spirit (ulthana) appeared in the sky as a meteor.  These descriptions seem to describe single particular events, where the rare appearance of a comet or airburst event were coincidental to the ritual and incorporated into, and explained by, the ritual itself.  In other accounts, meteors were poisonous serpents with large fiery eyes that flew through the sky and dropped into deep waterholes, while the eyes of serpents were often compared to bright stars, a perception shared by many Aboriginal communities in northern parts of Australia. This perception is illustrated by Dreamings from Ntaria (Hermannsburg), a town founded by Lutheran missionaries in 1877. One Dreaming involved a falling star that dropped into a spring where the Rainbow Serpent, Kulaia, lived (also called Kanmara by the Arrernte and Muruntu by the Luritja). In the Dreaming, a recently circumcised (initiated) boy and his brother were near the spring. The boy peered into it searching for water and was swallowed whole by Kulaia. The terrified brother ran to the camp and notified the people of this brother's demise. The boy's death caused much grief and mourning among the community, who promptly destroyed the food they had collected for the boy's initiation ceremony and left camp.
A young Arrernte woman from Ntaria told about a star that fell to earth on the site of the old Hermannsburg church prior to settlement of the area by Lutheran missionaries.  According to the story, the people were sitting in the shade by the river when a star fell from the sky, making a large hole behind two trees.  A new church was erected on that spot, with the church bell positioned between the two trees (Figure 3). When the young woman was asked why the star fell on that spot, she said it was the country where Jesus had been and that it was God who sent the star to earth because it was where the "Bible mob had been".  The story is the result of the heavy influence of Christian mythology introduced by the Lutheran missionaries and incorporated into the pre-existing Dreamings of the landscape, which the woman claimed were "forgotten" by the Arrernte. 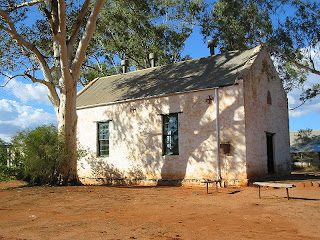 Figure 3: The Hermannsburg Church, the site where a stone fell from the sky.
In Luritja traditions, meteorites were used as tools of punishment or signs of approval.  Men from the Ngalia clan (of the Luritja language group) claimed that the Walanari, celestial deities who were seen as protectors of good men and punishers of bad men that lived in the Magellanic Clouds, would throw stones to the earth as punishment for breaking taboos or as signs of approval during totemic ceremonies. The Ngalia men claimed that people have been killed by stones thrown by the Walanari and said the Walanari threw glowing stones on their camp the previous night after they shared sacred information with the ethnographer.
While Western science proposes that certain amino acids, which form the basis of life, were transported to earth via comets, the origin of life or humankind in Arrernte and Luritja Dreamings is also attributed to cosmic debris. A Western Arrernte account describes how the first human couple originated from a pair of stones that were thrown from the sky by the spirit Arbmaburinga (or Altierry), a "great strong old man" that lived in a place called Jirilla to the far north.  A Luritja Dreaming by Thanguwa describes how life was brought to earth by a meteorite called Kulu (see Figure 4):
"All the animals had a big meeting.
Who was going to carry the egg of life up to the universe?
The Kulu was chosen.
When you see where the egg of life was carried.
Meteorite has landed and dropped, split three ways.
This is our memory of the Kulu.
And life began."

Figure 4: A painting describing the story of Kulu, the meteorite that brought life to earth in Luritja oral traditions. Painting by Trephina Sultan Thanguwa (http://www.thanguwa.com).
The Arrernte and Luritja were not the only groups in Central Australia to associate their cosmology with meteors. The Yarrungkanyi and Warlpiri people of the Northern Territory tell how Dreaming men traveled through the sky as falling stars and landed at a place called Purrparlarla, southwest of Yuendumu, bringing the Dreaming to the people. From this, we see that Aboriginal views of meteoritic phenomena in this region are multiple and diverse. They can be omens, tools of evil magic, progenerators of life and culture, weapons of punishment, or signs of reward. These accounts show that meteors and meteorites were an important component of the Dreamings, ritual practices, and cosmology of the Aboriginal people of Central Australia.
Read more here: Meteoritics and Cosmology Among the Aboriginal Cultures of Australia by Duane Hamacher.  Journal of Cosmology, Volume 13.

It should be clarified that while some scientists have promoted a hypothesis called Panspermia - the idea that life itself was brought to earth via comets (including microbes responsible for disease epidemics like the bubonic plague), there is NO scientific evidence to support this hypothesis and it is NOT accepted by the scientific community.

______________
We respectfully acknowledge the Aboriginal cultures of Central Australia, including the Arrernte, Luritja, Ngalia, Yarrungkanyi, and Warlpiri.
Posted by Indigenous Astronomy Blog at 2:33 PM