Over the last few years, there have been a significant number of news articles claiming that Indigenous Australians were the world’s first astronomers.  Is this true?  How do we define “astronomer”?  How do we determine who was “first”?

To begin, let us define “astronomy”.  Astronomy is considered the oldest of the natural sciences, and is defined as “the branch of science that deals with celestial objects, space, and the physical universe as a whole.”  Astronomy relies upon the scientific method, which involves logical-deductive reasoning, the collection and analysis of empirical data, and the development of testable, falsifiable hypotheses and theories.  While the origins of “scientific” astronomy can be found in Mesopotamia, many peoples around the world had their own forms of “cultural astronomy”.  In this context, we are not simply talking about having stories related to the sky or naming celestial objects.  We are talking about an intellectual quest to gain a deeper understanding of the motions of celestial objects, their relationship to events on the earth (such as tides, timekeeping and seasons), and the nature of their origin and composition (such as comets and meteors). One application of astronomy to make predictions based on the positions and motions of celestial bodies.  For example, the motions of particular celestial objects at certain times of the year can reveal various important things.  These include the heliacal rising of certain stars and the availability of particular food sources, the rising and setting position of the sun denoting the changing of seasons, or the correlation of tides and lunar phases (Figure 1).  To understand these requires logical deductive reasoning, the analysis of empirical “data”, and the testing of various hypotheses.  Therefore, Indigenous cultures that demonstrate this maybe considered “astronomers”. 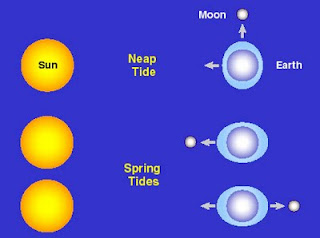 Indigenous Australians can certainly be considered astronomers, for all of the above criteria have been met. We now ask, “has this been the case over the course of human habitation in Australia?”  We do not know for certain, but the answer is very probably “yes”. While it would have taken some period of time to work out the link between the motions of celestial bodies and the availability of particular food sources or the changing seasons (e.g. wet or dry season), it is obvious that this has been done to some degree, as we find many records of it in art and oral tradition. The fact that Indigenous culture thrived in Australia is testament their adaptability, which no doubt was due, in part, to their knowledge of the heavens. We could argue that the celestial realm would have been essential for survival, as it served to inform the people when seasons were changing and new food sources were ready.  Of course, many cultural aspects were built on to this framework, which led to the development of social structure, oral traditions, laws, ceremonies, art, and cultural mnemonics related to the cosmos (e.g. Figure 2).  But were Indigenous Australians the first to do this? 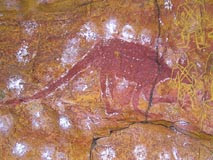 This is difficult to claim with any level of certainty. There are two primary approaches to answering this question: The first is that we find an archaeological site that we can show, conclusively, had some form of astronomical purpose… and date it. The oldest earns the title of “first astronomers”. The second is to determine that a detailed knowledge of the night sky was essential for survival of a particular culture, then see how far back that culture stretches. The oldest was the first. While the second approach seems logical, it is not so easy to prove.  It is certainly possible to survive while knowing little or nothing about the celestial world, although it would seem much easier if it were understood. The first approach is flawed and highly subjective, as not all groups of people would have needed to (or wanted to) build monuments for astronomical purposes.  Even if an astronomical site were found to be very old, it certainly does not prove the people who built it were the “first” astronomers. For instance, one of the oldest astronomical sites known is Nabta Playa in southern Egypt (Figure 3), which is estimated to be some 7,000 years old. However, this does not mean Egyptians were the first astronomers. 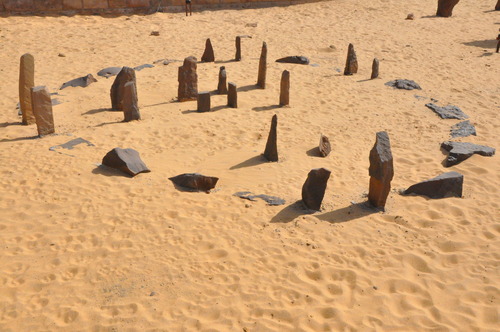 Figure 3: A stone circle with proposed astronomical alignments at Nabta Playa in Egypt, regarded as one of the oldest astronomical sites in the world.  Image from Wikipedia Commons.

Even though Indigenous Australians were astronomers and represent very old cultures, that does not necessarily mean they were the “first”.  If that claim were true, it would mean that all of humankind, for the tens-of-thousands of years prior to Australian migration, did not deduce the link between celestial and terrestrial events, they did not use the night sky for navigation, food economics or time keeping, nor did they derive the relationship between lunar phases and ocean tides. Such a claim seems VERY unlikely. To better understand this, we must establish how long humans have been in Australia, how they got there, and whether this tells us anything about their use of astronomy?

Before I do this, I want to say that I realise many Indigenous Australians believe that they were always here, that they literally “came from the earth”. In a cultural context, I completely understand this, but I must approach this from a scientific viewpoint (after all, I am a scientist).  To start, we look at the origins of humans. The dominant hypothesis of human evolution places the origins of our species, Homo sapiens sapiens, in Africa some 250,000 years ago, which then spread throughout the world between 70,000-50,000 years ago (Figure 5), although recent studies show that the migration out of Africa may have started 125,000 years ago. This spread was dependant on a number of factors, including climatic conditions, adaptability, and accessibility. 40,000-50,000 years ago, the sea level was much lower than it is today, and southeast Asia constituted a landmass called Sunda, while Australia and New Guinea formed the landmass of Sahul (Figure 4). 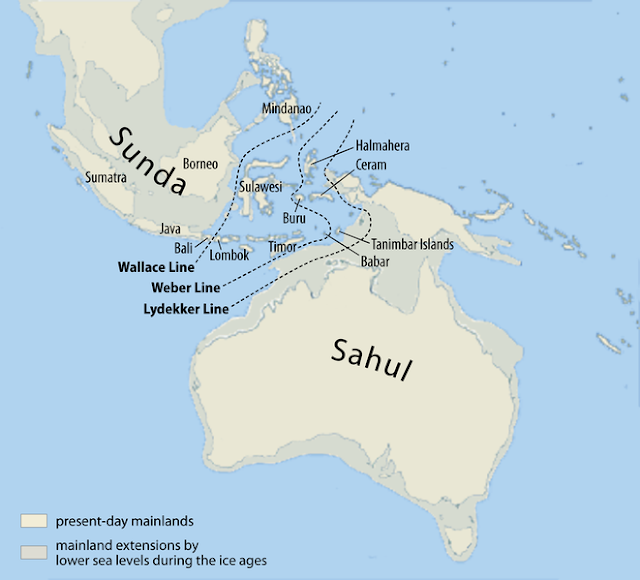 Figure 4: A map of Sunda and Sahul showing the extent of the land during a period of low sea levels some 50,000 years ago.  Image from Wiki Commons.

Travel from Sunda to Sahul required navigation and sea-faring skills, as the gap between them consisted of a deep ocean waterway that exceeded 90 km in width, known as the Webber Line.  While previous hypotheses suggested that humans had migrated to Sahul in multiple waves, recent genetic studies using Y chromosomes and mitochondrial DNA suggest that humans migrated to Australia in a single wave, as opposed to multiple waves. The study showed that the Indigenous people of Australia and New Guinea share several ancient genetic lineages, indicating that both are descended from a single founding population (Figure 5). It has also been claimed that in order to reach Sahul, which would not have been clearly visible from Sunda, people would have recognized that a landmass existed in the distance by watching migratory birds and climactic variations. To reach this land would have required reasonable sea-craft and various degrees of navigational skills (depending on the route taken). The routes travelled are still unknown, and further research is underway. 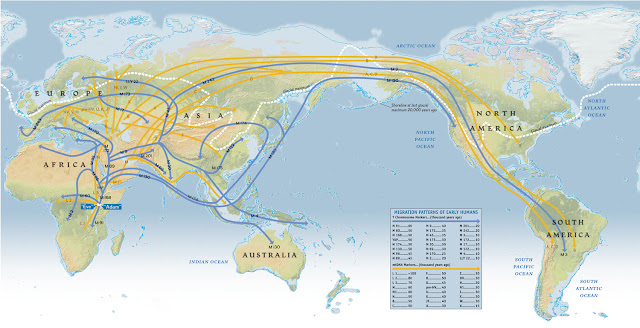 In any case, we know that humans have populated Australia for at least 50,000 years. We know that Indigenous Australians were astronomers, and we could reasonably assume that this stretched back to the original habitation of Australia. It is possible that humans used celestial navigation to reach Sahul, although it is uncertain at this point.  However, we have no reason to believe that the humans prior to the settlement of Australia were not 'astronomers'. Indigenous Australians are considered to be among the oldest continuous cultures in the world, having not been colonized or displaced by any other humans until the British arrived some 220 years ago. For that reason, we could accurately call Indigenous Australians the (or among the*) world's OLDEST astronomers… but not necessarily the FIRST. We must remind ourselves that this is not a competition. It is not relevant to say who was first, biggest, best, etc. These are relatively meaningless terms in this context and they only act to drive a wedge between cultures.

*I make this distinction because Indigenous people have inhabited the Andaman Islands (in the Indian Ocean between India and Myanmar) for 50,000-60,000 years, which may predate the arrival of humans to Australia by thousands of years.